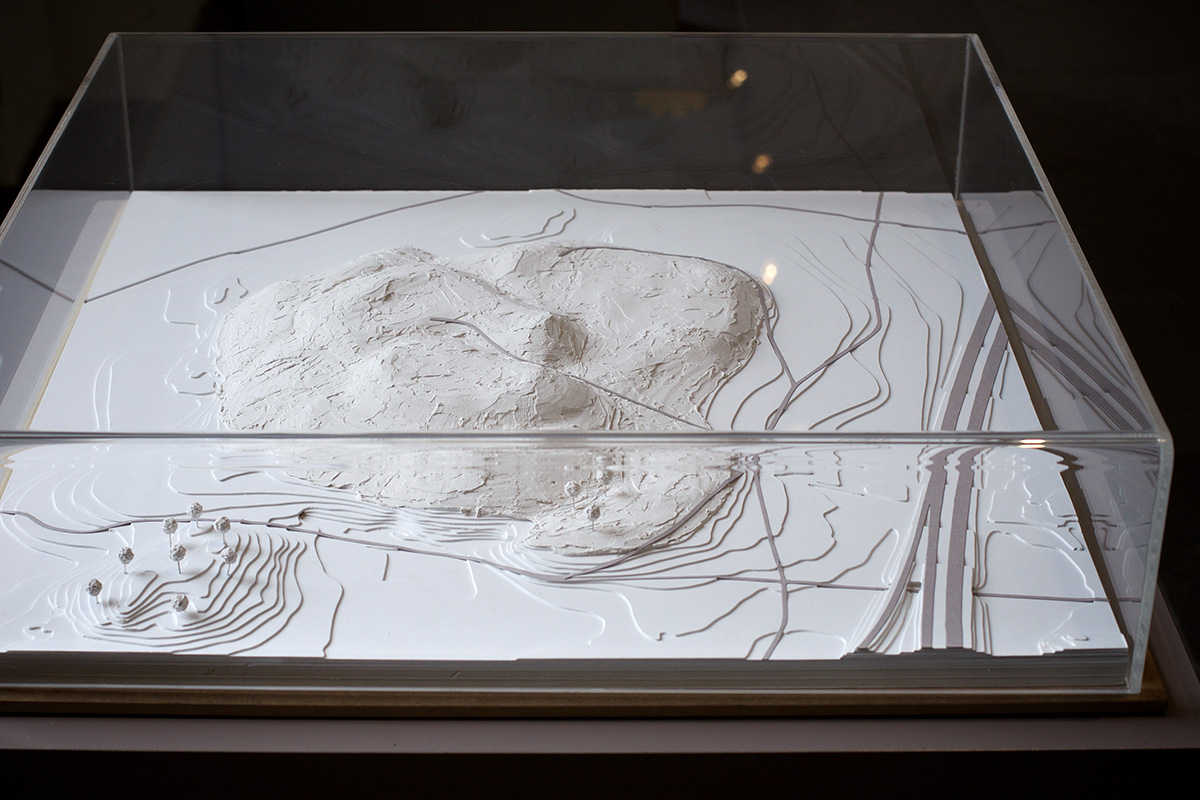 Granholmstoppen, reconstructed scale model based on architectural site plan from 1973.


The idea of transforming leftover rubble, rocks and debris from excavations and blasts into tall hills on the outskirts of town, originated with the city’s Parks Superintendant Holger Blom. The idea was that the hills would be designed as sculptures, rather than aiming to mimic a natural topography, and that they would be used as recreational areas for skiing. In the eyes of Blom the heights were neither buildings nor parks, rather they were freestanding, personal works of art.