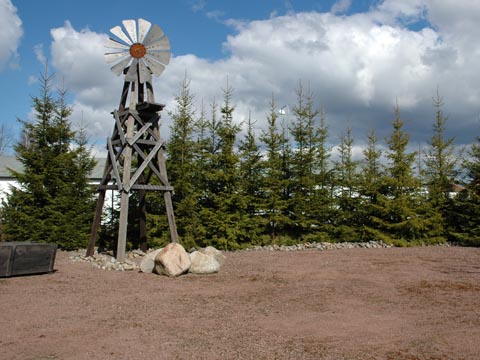 The video work Fort Swanson evolves around the head quarters of the travel agent Swanson’s, located in the small town Osby in the northeast Skåne in the south of Sweden. Fort Swanson is built as a copy of an American western town, an image we are used to see in film and not in the Swedish countryside. The work environment is a mixture of replicated elements from film sets such as The Cartwright Brothers and Doctor Quinn. What happens when what we usually consider to be a stage set is used in a new way, when the repre­sentative and the re-constructed acquire a new function in a new context? The work is a two channel synchronised video installation. One screen displays exterior footage and the other interiors, both alternated with text frames in which different stories from the site and its construction are told.