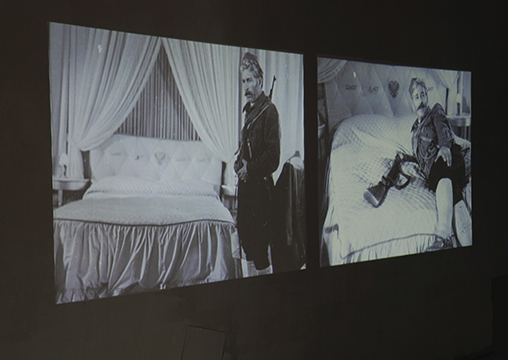 Documentation from the exhibition in Tirana Albania 2007.

the third face of power

The Third Face of Power is a work focusing on expressions and acts of power in Albanian feature films from the communist era. I am interested in how power is depicted and how the fictive plot in these films were used as propaganda to support the existing power structure and to suppress unwanted conflicts. The film plots evolves around all parts of life, from politics to social issues, depicting the hero distinguished by moral and spiritual strength and a willingness to sacrifice themselves for the revolutionary pathos. The work, a dvd slide show, depicts photographs and film stills from Albanian films from early 60’s to the late 80’s.

The project derives its title from an academic theory, The Three Dimensions of Power, by British sociologist Steven Lukes 1974.